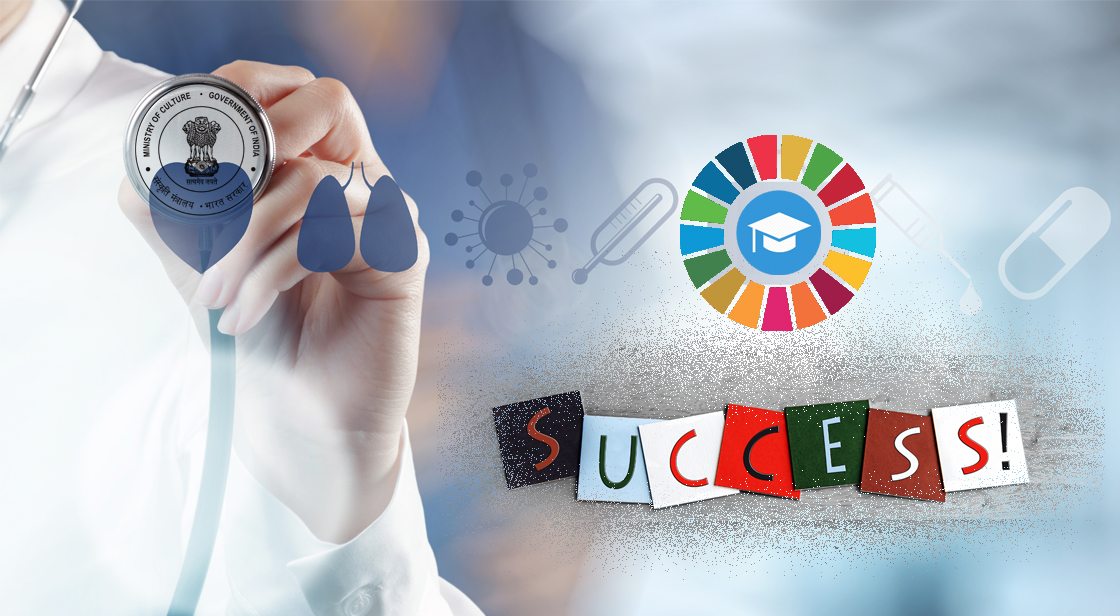 Every year India churns out 1.5 million engineers; 53,000 doctors (MBBS); 6805 MS (surgeons, specialty) and produces 100 times the engineering graduates UK does. Has quantity been at the cost of quality?

Labour market is flooded with unemployed graduates adding to the yearly backlog. What is the reason for this mass production of engineers, doctors, chartered accountants and MBAs? Over the decades India has seen mushrooming of private engineering and medical colleges and many of the engineers and doctors coming out of these colleges are not employable thanks to below-par quality education provided by many institutes.

As far as engineers, mostly the software variety, are concerned India produces more than USA and China combined and yet the products India produces is nowhere comparable to China which rules Indian market, mostly in electronics.

Indians refuse to lay stress on quality of education given the political climate of purveying caste quotas that fetches handsome dividends at the hustings. Even Rabindranath Tagore had written about India’s colonial mindset in education. We have many IITs, IIMs, law schools and other institutions of excellence but where is the excellence? Today it is common sight to see students routinely scoring 90% marks and yet find it difficult to get colleges of their choice when they want to pursue a career of their choice. Every year same rigmarole gets repeated.

Who should be held responsible? The Centre, state governments or the taluka bosses? Merely churning out engineering and medical graduates does not add to progress and prosperity of a nation. What is needed is quality and that seems difficult as it has become a rat race with many groups vying for limited number of seats. Qualitative education therefore has become a far cry.

Our system of learning by rote is a major drawback. Students study only to score marks in exams and in other exams like IIT JEE, AIIMS or CLAT. The colonial system of education was meant to produce clerks and civil servants and we still follow the beaten path. Instead of going for civil services and bank exams now parents force their wards to choose engineering or medicine as career. For every centre of educational excellence there are numerous mediocre schools, colleges and universities that do not meet minimum standards except to mint money in the name of purveying education. Thanks to governmental inertia, corruption and lack of ambition things have turned far worse.

Today we are seeing engineering and chartered accountant students working as clerks or being in equivalent positions that has nothing to do with what they were trained for. Acquiring engineering or medical degrees must have practical application and students should ask “why I studied this?” Better practical training is needed than what one gets in universities. Sadly, there is no pre-planning stage before the graduates pass out. Institutes need to prepare students six months ahead so that future problems are visualized, sorted out and solutions taken care of. Without pre-planning whole system has become too mechanical for comfort.

India’s education system has become below par and in many cases substandard thanks to overt state and central government intervention and the ubiquitous UGC too meddling with universities’ autonomy. Distinguished foreign centres of excellence like MIT and Harvard are not government controlled. 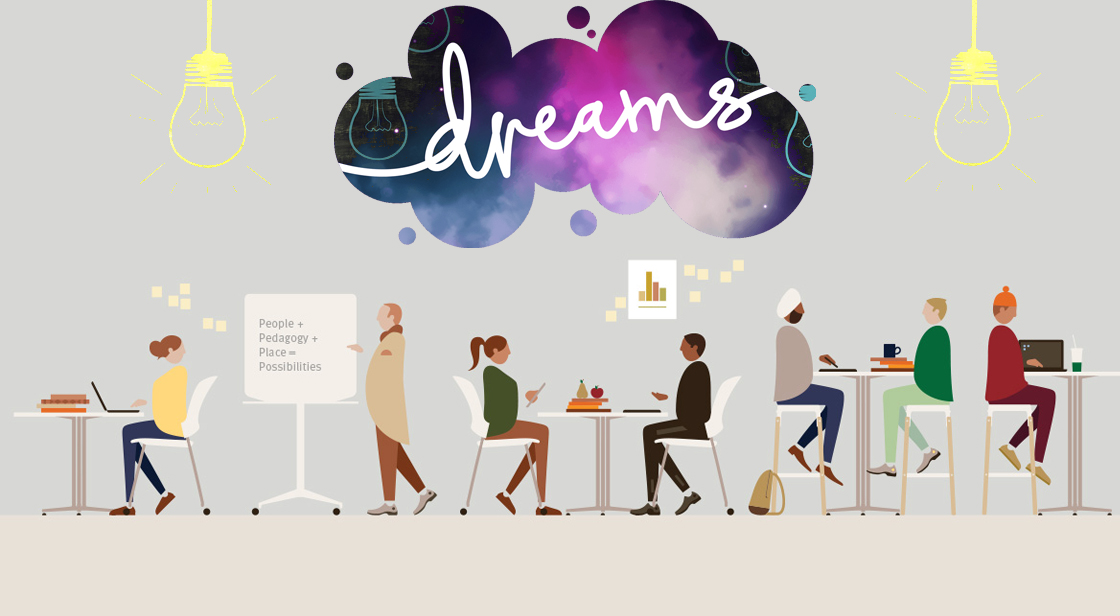 Why do we need, for instance, University Grants Commission (UGC), GTU (Gujarat Technological University) and AICTE that meddle and hamper progressive and innovating thinking?

The government is working hard to finalise 20 world-class universities and make them autonomous. Instead what comes out is a list of guidelines from India’s higher education regulator, the UGC interfering in every small matter affecting the autonomy of the universities. UGC – a socialistic remnant -- should stop micro-managing everything by its weekly directives to universities. Let independent thinking and decision-making be the touchstone in developing our educational infrastructure.

Take Massachusetts Institute of Technology (MIT), a private research university, and today it has become the “Most Important University” of the World. India on the other hand has hierarchy of allotting funds and funds being diverted is not uncommon. Even the prestigious IIMs and IITs are funded and controlled by the Central government affecting independent thinking. Why not come out of funding syndrome for these higher institutions and concentrate on improving primary education – the most precious of all -- that can lead to faster growth and prosperity? Even the much-vaunted universities where mostly the spending occurs come at the bottom in terms of priority.

With education and quality of teaching taking a hit, the students are made to pass by the institutes to showcase their pass percentage against their rivals. What counts for these institutes is their self-glory and market image.

Let India imitate China in inculcating passion and integrity as far as education is concerned. Without educational integrity reviving India’s education system is impossible. The system is in morass largely dogged by caste quotas with merit side-lined in admissions and promotions.

Quotas are indeed bane to education as it stifles merit in the name of misplaced social justice. Quotas began when Constitution was being framed and was solely limited to SCs and STs but soon spread like wildfire to other categories and communities who were called BCs. Soon another category cropped up called Other Backward Class or OBCs when in 1978 Mandal Commission was appointed only to split India vertically into two groups. In 1980, the commission recommended 27% quotas of seats in all scientific, technical and professional institutions run by the central as well as state governments for OBCs hitting hard at the quality of education further.

No quotas should be given once a student completes 10th standard. Why not give free tuition, free books, scholarships and anything but quotas? Let the backwards stand on their own legs. If by 10th standard they cannot get into action mode there is no meaning in subsidizing these people till eternity.

When a student completes his 12th he is not sure about his career as there is little or no career guidance. Student needs to be passionate about the course to be pursued and without timely guidance he or she turns into a burnt force.

Education system has been corroded steadily for more intrinsic reasons. There are fault lines in the system that do not let good education translate into excellent education. Mercifully the present Prime Minister Narendra Modi is focusing on skill based education. We need to reward creativity, out-of-the-box thinking, research and innovation. We need smarter people as teachers. For far too long teaching had become the sanctuary of the incompetent. Education should be for all and the merited should be allowed to surge ahead without any handicap. Internet is a powerful medium and can be put to use for maximum effect as its reach is beyond boundaries. It would be prudent to have leaders, entrepreneurs in teaching positions rather than entrenched salaried class trying to maintain status quo.

In a nutshell, our languishing education system needs to be re-defined. Colonial educational mindset where babus and pen-pushers rule the roost must end. No use having the most number of engineering graduates in the world if technological innovation is barely happening or occurring haphazardly. It is a shame that students passing out with engineering degrees find refuge in call centres serving rest of the world.

Let the Modi government remove colonial cobwebs by focusing on creating a new system of education that produces excellent entrepreneurs, innovators, artists, scientists, thinkers and writers to strengthen the knowledge based economy.

Last but not the least “cancer of mediocrity” should be eradicated from the system. We tolerate too much of mediocrity, a by-product of caste-based reservations. The misplaced sympathy to groups who use quotas as crutches must stop. If merit is not encouraged and cherished it will wither and die. Time India reinvents the education wheel.