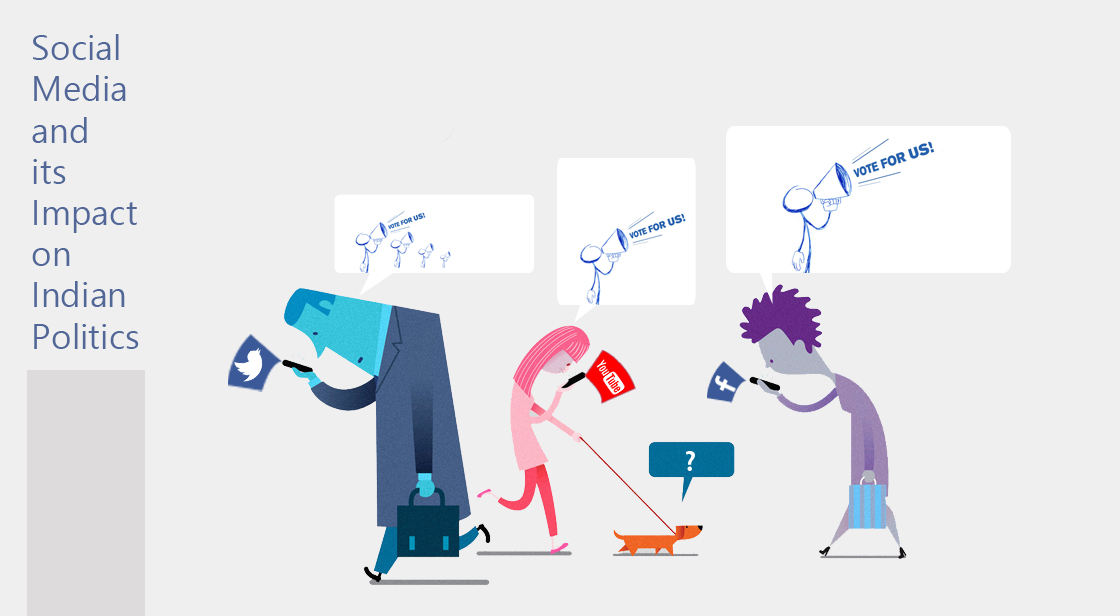 Indian Politics has observed a whirl of change over the period of time and its dependency over social media to connect with people experiencing the fellow democracies and its effect. Over its diversified nature, 40% of its total population constitute of Indian youth and concerning to the popular culture, Indian political parties are holding to internet and social media to connect with youth for their agenda and political events. Observing the famous 2014 general elections of India, social media was the battleground of various political campaign and tremendous flow of varied political opinions.

Narendra Modi’s following was quickly gained and he was considered as famous and influential as Obama’s elector campaign. That particular election saw the rise of leveraging much youth and their minds over social media for any political campaign and serious notice was found on both the occasions: Regional as well as state election.

They used social media like never before, the conventional ways of sending messages, recorded calls and public gathering were swept away under the rug.

Social Media- A road to reach out to youth

It’s no hide truth, that youth of this generation is highly invested in politics and the round of ideas around it. Social media has become a platform of voiced opinions and charges and even though politicians for their campaigns still use posters, cut-outs, fliers and graffiti for their rally, but becoming digital and being attentive over digital platform has changed the picture or urban India and politics. As per various surveys and reports, after 2014 elections, 2-5% of budget is set for every elections’ political campaign on social media (which is roughly around 400-500 crores for major leading national parties).

From the very beginning, Bharatiya Janta Party (BJP) has strong social media presence, PM Narendra Modi (who was the prime minister candidate that time) achieved highest popularity gain in comparison to another parties. Even parties like AAP, actively started social media and has started to gain popularities over it.

Twitter is a wonderful platform for the political organisation to broadcast information on a worldwide stream; be it debates or discussions. India is the third largest user of twitter with an estimation of 53.1 million active users (as per census of 2015). The number of masses using for this platform is on high and turns to be the great way of influencing the elections and campaigns.

Lately many politicians have adapted to the norms and culture of social media, per se; ArvindKejriwal, Suresh Prabhu, SmritiIrani and our Prime Minister Narendra Modi. 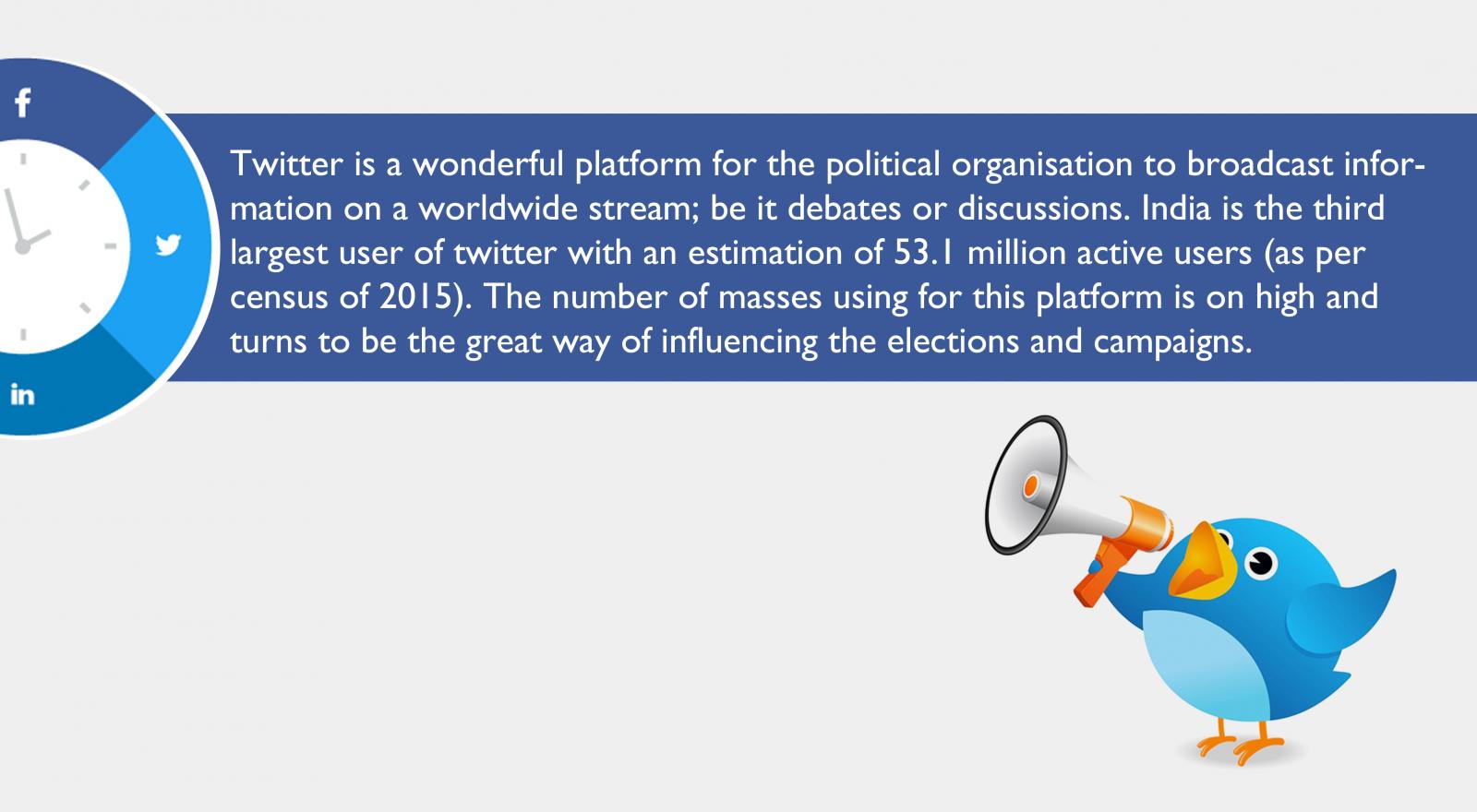 Their updates and feeds on various social media platform about latest happenings and events keeps us informed. Our HRD minister SushmaSwaraj has also been quite active on twitter and has made her presence felt by replying to the requests by the one’s needing help or assistance.

These politicians of India have adopted social media because they know where and how to find the youth of the country on majority. One has seen major difference of the power of youth, in the recent times of Gujarat elections 2017, where the voting demographics were torn between urban and rural categories of voting. Needless to say, one can majorly see the effect of social media on Indian politics.