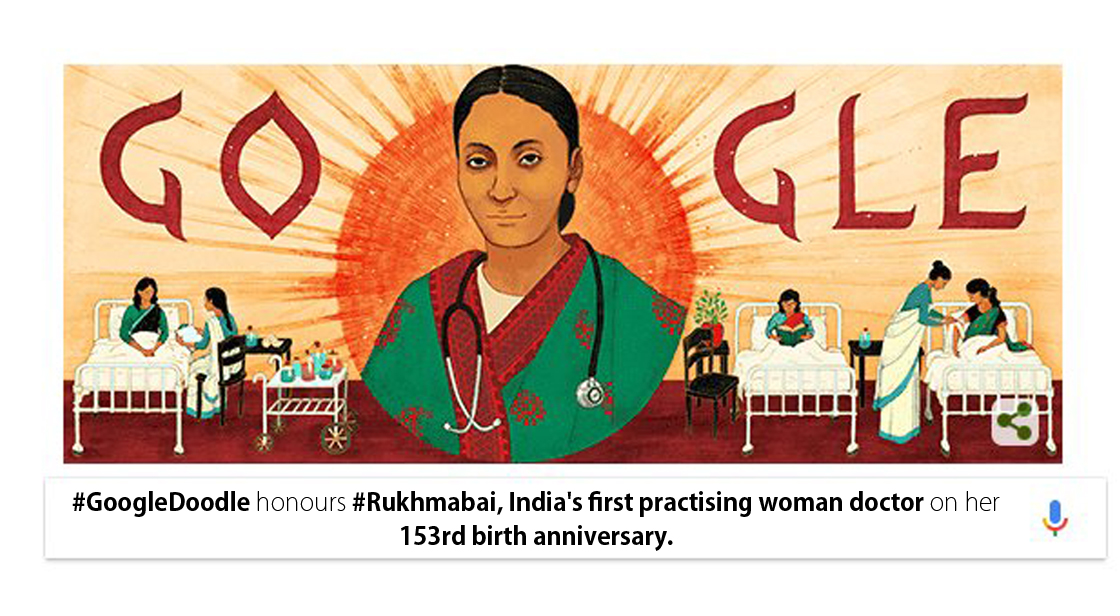 Google has been making perfect step to highlight the importance of aspiring and inspiring role models for upcoming generation. Through Google Doodle; a way of promoting women of diversified culture and fields generates more awareness and marks their contribution in their field. These pretty and clickable animations of the personalities; has the history of downplaying the successful contribution of women.

The latest google doodle of the day celebrated the 151st anniversary of India’s first woman advocate- Cornelia Sorabjee, where the Google through its click animation paid homage on its website. Google has been setting the passage of felicitating Indian women; who were lost into the trail and are now into the digital forum of recognition.

The doodle design by Google is simple, transparent and enjoyable. This feature opened the door of many ideas to celebrate diversed events across the globe. Though, the Doodle- first notified to specific holidays but eventually they added more global and individual events. The creativity immersed as a result of brainstorming represents the aspect of Google’s aim for the innovation and recognition in diversity. By the second era of 2010’s, representation of women and minorities were more on the page. The company faced criticism for under representation of women on global platform and recognise their creativity, innovative contribution in their fields.

SPARK movement revealed the data vase of Doodle and analysed the sexist approach of Google, between 2010-2013. The analysis revealed more features of white men, while women (or women of colour) were under 4%- 17% of the feature page. Google is proactive by including more diversified personalities and correcting its mistake of being ‘historically biased’. The doodles started to improve in 2014, as they included more global unbiased personalities.