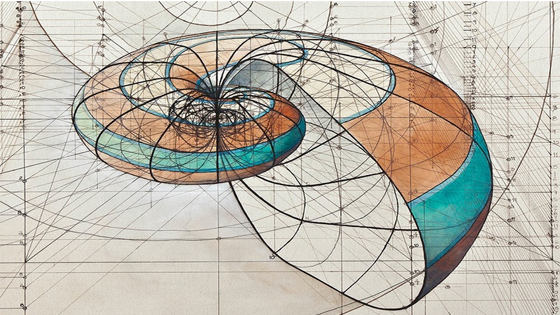 Designing logo using FS and GR is a skillful art. Let us take Golden Ratio which is related closely to Fibonacci Sequence (a series of numbers formed by adding up two numbers before it. Starting with 0 and 1, the sequence goes 0, 1, 1, 2, 3, 5, 8, 13, 21, 34, and so forth). And Golden Ratio is what a perfect symmetry of relationship comes to represent between two proportions which makes it aesthetically relevant.

Now adding a square equal to the length of the longest side of the rectangle will approach closer to a Golden Rectangle and the Golden Ratio.

Golden Ratio is evident from arts and design when human civilization had just begun about 6000 years ago. Ancient Egyptians had mastered this art in building pyramids some 3,000 years ago when human art and design had turned into an accomplished art. Today we can see such dexterity in such complexity be it contemporary art or design. In ancient Greek architecture the width of a building and its height were built in Golden Ratio for its stunning aesthetic dimensional look that was made to look imposing in its grandeur. Even the portico size and the position of the columns supporting the structure were examples of GR.

Experts say Leonardo da Vinci, like many artists throughout the ages, made use of the Golden Ratio to create pleasing compositions and one of which was the “Last Supper of Jesus and the Twelve Apostles” as the position of Jesus is perfectly plotted by arranging golden rectangles across the canvas while the figures (13 people said to be present at the supper) are arranged in the lower two thirds (the larger of the two parts of the Golden Ratio).

Why talk of art and design created by human hand when the best example of Golden Ratio is Nature itself? If one cares to look around Nature has done this beautifully in its myriad creations be it flora and fauna or the human body itself. Imagine human body having a heart as big as the head. Would that be an example of golden ratio? Absolutely not. See how beautifully each flower, honeycomb, fruit comes to blossom. Their shapes come in all sizes exhibiting the same golden ratio principle which leaves one stunned at the marvel of God’s creation. No wonder Nature has proved itself to be the biggest artist of all. 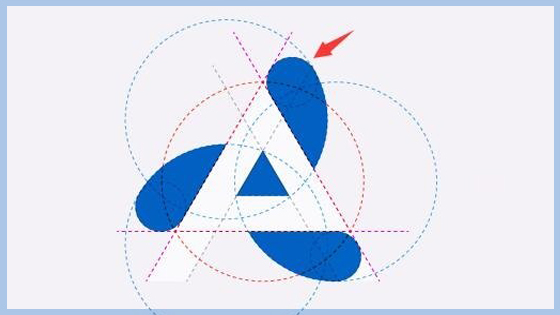