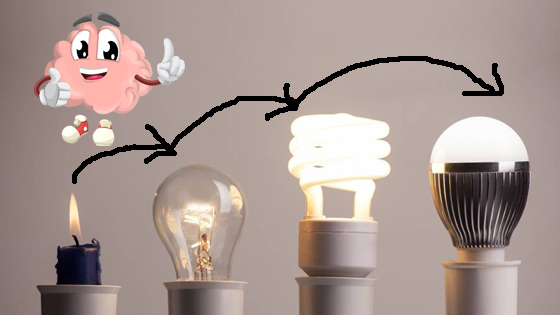 Creativity to put simply means creating something that looks new or different. If someone invents a normal bicycle can we call him creative? Certainly not because the creative aspect would be missing.

One can have as many ideas as he wants but it doesn’t necessarily mean it would turn out into reality. When we talk of creativity we imply lot of things like hard work and confidence to sustain hard work and unshakeable faith in one’s own ability. Ideas don’t fructify on their own. No results can be achieved unless there is will to face failures which otherwise act as major deterrence.Many a creative person had to leave midway because the wind of determination and hard work was missing in the ocean of hope.

Let us take example of one the greatest inventors of all times Thomas Alva Edison. To create the first incandescent light bulb that could be used for homes was indeed a herculean task as Edison with his team had to test many designs for many years

before he could produce his primitive bulb with carbon filament that could withstand the heat and burn for some time. When the breakthrough came with a bulb that lasted for a few hours a patent was filed creating history. It was pathbreaking and revolutionary achievement. Edison’s creativity was an innovation which indeed lighted our lives and made us think that one can push the borders of creativity through determination and hard work.

Innovation does not mean simply creativity as it requires discipline and hard work. And we in ARM Communications have been striving to be creative without resting on our laurels. ARM understands the challenges the modern age poses for creativity with competition running high. We had created many interesting Vaastu compliant logos that were extremely challenging. Yet we feel the journey has just begun as the road to creativity is never ending.

Creative potential exists in all of us. Question is to what extent are we putting it to use? That depends on one’s skills and desire to excel. Otherwise creativity is as good as a balloon yet to be inflated. For instance, a good runner can easily be a good footballer or a footballer can be a good boxer if he can utilise his stamina and train himself for the new sport. If one is too weak to run what use his creativity be in playing football or trying to outbox his opponent? Skills ought to be developed over the years with patience and hard work. If that is done creativity can do the rest.

Before creativity can be channelized desire to learn Is must. Ideas don’t simply turn into innovation because they are extraordinary. Lot of hard work needs to be done. Edison’s enormous labour is what made his creative genius to pay off. It Is essential that creative ideas are handled with sincerity and hard work. Edison’s remarkable words about creativity was: “99% perspiration; 1% inspiration.”

A corollary to Edison’s achievement is the question why others of his time despite being creative and hardworking failed to invent something as significant as the light bulb? It is a fascinating question. During Edison’s time there may have been a few like him but only he had the unique distinction to light our lives.

Should we presume he had unique ability programmed in his genes which helped his brain to grasp the intricacies of his innovative idea long before he invented the bulb? 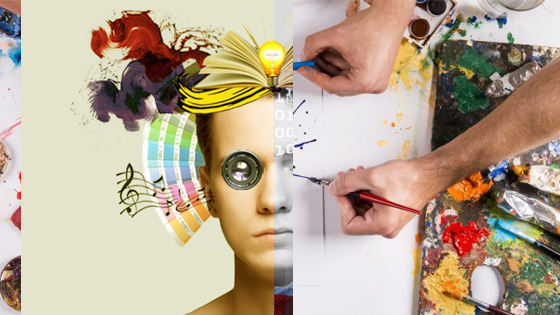 There is a myth that Edison was extraordinarily talented and therefore was more creative than his peers. Edison refused to accept this argument. For Edison, all he cared, he was an ordinary human being who was passionately determined to fight the darkness that enveloped the lives of humans at night. He knew light, other than from the sun, had to be generated and electricity could do wonders if only there was a way to convert it into light. The idea of a burning electric lamp like a candle may have been visualised much before him. But the invention of bulb was no easy task that required sheer hard work before Edison’s ingenuity swung to make it a reality.

We at ARM think ingenuity backed by hard work always pays. For us Edison represents more than a light bulb. Edison indeed had lighted our path for many more stunning inventions to come forth.