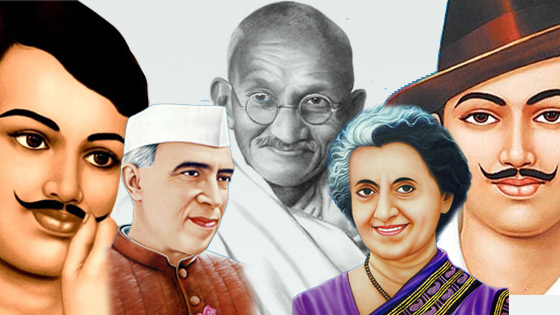 This week we are analysing how leadership qualities turn ordinary men and women into great leaders. One of the greatest modern Indian leader undoubtedly is present Prime Minister Narendra Damodardas Modi.

We often have pondered what is leadership? There are leaders who lead people and others who inconvenience people in the name of leadership. One takes work out of people without causing inconvenience the other makes doing duty an unenviable task.

Let us look at Modi. As a leader, he performed an enviable task of winning Uttar Pradesh election with a bumper 325 seats once considered as “flight of fancy.” Modi could do that because as a leader he convinced the people that he was charting a new course away from the prevailing politics of divide-and-rule.

Modi’s leadership qualities are not due to his oratorical skills. There is more to it. He is committed to Discipline and Determination. His hard work, vision and meticulous planning did the rest. Even at 66 he leads the country with mantra of development.

There were many great leaders world over like Abraham Lincoln who will be remembered for all time to come. Lincoln fought an internecine war to save his country from being split into North and South blocs over slavery. Like Modi he was a master communicator and connected to people with “you,” “we” and “us.” These words work like magic when a leader uses it to unify people.

Like Lincoln, Franklin D. Roosevelt too was a great leader whom history can never forget. During his midlife he was struck by paralysis at 39 in 1921 long before he became the president. Being the most important statesman of the 20th century he had saved, like Lincoln, American democracy from Great Depression; led Allies to victory over dictators; won an unprecedented four consecutive elections despite paralysis debilitating him.

People like Modi are leaders because they create vision and have unwavering belief that their vision will work. Nelson Mandela too had a remarkable vision in overthrowing South Africa’s apartheid regime. He was grace and magnanimity personified that made him a leader of masses.

Steve Jobs too had a vision and his entrepreneurial skills which qualifies him to be a leader in the sense that he became great not because of his power to generate wealth but because of his ability to empower others. Jobs did not go to college yet for his inventions his name appears as the author of 346 patents in the US registry. Likewise, Bill Gates, jobs contemporary, is another great leader who made OEM (original equipment manufacturer) business model to work for his best advantage creating the behemoth called Microsoft. He made market eat out of his hand.

We salutes all the visionaries who made the world a better place to live. No less is the vision of Prime Minister Modi charting a course for our nation with a slogan: Sabka Saath, Sabka Vikas. We in ARM believe “Do it right; do it better.” Isn’t that the right way of doing when something must be done it can be done better?

When we talk of business leaders Dhirubhai Ambani stands out. His was rags to riches story. His empire today is mindboggling. His zeal unparalleled. He worked not just for earning money and expanding his empire but worked in the belief that work is worship. This he continued until his death.

There were revolutionary leaders who helped India gain independence like Bhagat Singh, Chandrasekhar Azad and many others. Mahatma Gandhi was unique as a leader in the sense he was into politics yet away from it. He brought the British Jack down to hoist the tricolour. One who was close to Mahatma was Prime Minister Jawaharlal Nehru who became one of the top architects of modern India framing domestic and international policies between 1947 and 1964. Indira Gandhi, his daughter, was a leader in her own right being the first and only woman to be elected as the Prime Minister of India.